The Benefits of Outdoor Class Room

The Benefits of Outdoor Class Room 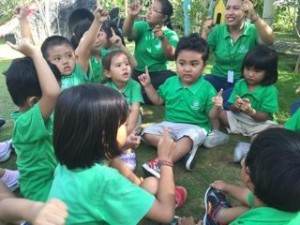 In the past two decades, the rapid growth of technology has changed the structure of children’s life style and development. Children spend most of their time in door, watching TV, playing games in the computer. They become very attached to the material things that are being offered by medias. These changes have led to many problems in children’s early years of growth and development. Children become passive learners and they also lost their creativity and the curiosity of learning. So many of them suffered attention deficit disorder (ADHD) and become hyperactive.

Without the ability to focus, children will have difficulties in learning which will hinder them to become their best. However, education that emphasized on nature and outdoor activities will enhance children’s capacity of learning. All children love nature and the animals around it. Connecting children with nature in outdoor learning will increase children’s creativity and also their cognitive skills. Its also helps found that the natural environment was a safe space for them to express their positive emotions and process their negative ones.

Why? When children are connected to nature, all their senses are being stimulated which enable the brain to develop to the fullest capacity. No textbooks, no TV can replace the wonder and the beauty of Mother Nature. Children are able to soak up more Vitamin D and are given the opportunity to improve their body movement. As children become amused, their curiosity to explore begins to develop and their attention span also increased. Ultimately children that are connected to nature and outdoor activities will perform better academically and the most important thing, emotionally they will become happier and healthier physically. 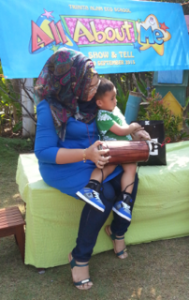 “The reason I enrolled Azka in Trihita alam is because I want him to learn interacting with nature and its natural surrounding at an early age. Plus I want my son to learn more about outdoors activities and become someone who loves nature and Trihita Alam has that kind of environment. Additional to that the method of studying and learning are also in accordance with my child’s age.
Compared before he was enrolled in Trihita Alam, Azka is physically much healthier now, whenever he’s playing, he not bothered if he was perspiring. He had also learned to eat fruit and vegetables from schools that make him grow up to be healthy and an active child. Nowadays Azka frequently ask a lot of questions and his enormous curiosity sometimes make me surprised and did not expect that a child of his age could ask such questions. I believed the natural surrounding of Trihita Alam are the main reason for Azka’s positive energy.” Safitri Sari (Azka’s mom from Playgroup)

About the Author: admin

SUSCRIBE TO OUR NEWSLETTER FOR UPDATE AND PROMOTIONS